Tungsten alloy penetrator rely on the kinetic energy of the tungsten alloy to penetrate the armor to destroy targets of ammunition. Its initial high velocity, high point-blank range, high firing accuracy is the main tank guns and anti-tank guns ammunition.Tungsten alloy penetrator rely on the inside chamber under the action of high temperature and high pressure gas and then get a initial kinetic energy and tank armor to a contest of hardness. Under the strong stress, armored wall will slowly sag and eventually burst with the power of killing and destroying tanks’ internal system. The conventional armor contains a small amount of explosives and fuze in the projectile. The projectile head have broken down, while the body still has strong  inertia. As a result, it will continue to move forward. When the impact force reaches a certain value, the fuse is triggered lit, and then raises the projectile charge explosion. At this time, on every square centimeter area, there will be dozens of tons to hundreds of tons of high pressure, thus killing the crew inside the tank, destructing weapons and equipment. Compared with the conventional armor piercing, the tungsten alloy penetrator is not filled with dynamite. Instead of tungsten alloy shells, after the breakdown of armor, it relys on high-speed flying pieces of pieces of armor and armor-piercing core armored targets of personnel and damage to the equipment. Tungsten alloy belongs to high density tungsten alloy products. The armor-piercing core density has excellent thermal stability, fracture density, which is helpful to control the high-flying missile. 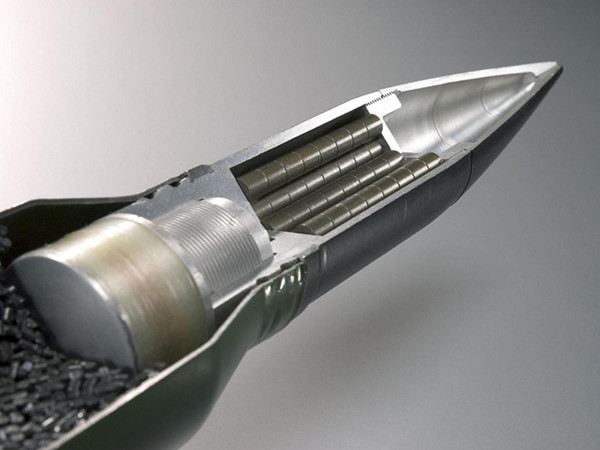