Top 14 Material of Tungsten Carbide for 2014

Advanced materials will play a key role in solving tomorrow's technological challenges and societal issues. Here, Engineering Materials looks at 14 of the most promising developments to look out for in 2014.

1. GRAPHENE AEROGEL: This graphene based material is one of the world's lightest materials, with a density actually lower than helium at 0.16kg/m3. The cited density does not include the weight of the air in its porous structure however, so don't expect it to float! The material is created by freeze drying a solution of carbon nanotubes and graphene to essentially create what is classed as an elastic foam. Carbon nanotubes essentially act as internal structural supports, with graphene surrounding the exterior. The resulting material is strong, elastic, and extremely light, but also very brittle. Potential applications include oil spill cleanup operations with the material able to absorb 900 times its own weight in oil.

2. WILLOW GLASS: Willow Glass is the successor of Gorilla Glass, the super-tough glass used to make the screens of many of today's smartphones. Willow Glass can be made incredible thin - roughly the same as a sheet of paper - and its flexibility allows it to be bent into curved shapes. Producer Corning says it has the potential to enable displays to be wrapped around a device or structure. It will also help enable thinner backplanes and allow colour filters of Organic Light Emitting Diodes (OLED) and Liquid Crystal Displays (LCD) on devices such as smartphones, tablets, and notebooks. Willow Glass is formulated to perform exceptionally well in electronic components such as touch sensors, as well as the possibility of leveraging its natural hermetic properties by using it as a seal for OLED displays and other moisture and oxygen sensitive technologies.

3. FIBRIROCK: Basalt is an igneous volcanic rock that begins life in a molten state. For many years, it has been used in casting processes to make tiles and slabs for architectural applications. It is possible, however, to produce continuous fibres from the rocks which are pure basalt. These naturally fire-resistant fibres are being investigated as a replacement for asbestos fibres. As the fibres can also be woven, they have emerged as a contender for glass and carbon fibre replacement in reinforced composites. Proponents claim basalt offers competitive performance and pricing when compared to glass fibres and could be combined with carbon fibres for higher temperature applications.

4. QUANTUM TUNNELLING COMPOSITE (QTC): A classic example of a material marvel looking for an application, Peratech's unique method of combining the elements yields significantly different electrical properties when compared with any other electrically conductive material. While in an unstressed state QTC is a near-perfect insulator, however any form of deformation in the material produces a proportional change in electrical conduction, with sufficient pressure yielding metallic levels of conductivity. As a result the material offers a unique alternative solution to many switching and sensing problems. QTC?is made from conductive filler particles combined typically with silicone rubber that acts as an elastomeric binder.

5. CARBOTANIUM: Though it could have easily of turned out as Titbon, this material is a method of combining the benefits of titanium alloys with carbon fibre composites. When the materials are adhesively bonded and combined, both parts fail with a similar amount of total strain, as the materials reach their maximum yield strength. By having a matched yield strength and elastic modulus, each element of the composite reaches its stress limit at about the same time, giving the combination a superior specific strength with neither constituent underutilised. The materials are combined by first abrading the titanium, coating it with platinum, aging, coating and then applying adhesive to the primer side of the titanium before applying carbon fibre to the adhesive. This allows the carbon composite to bond securely to the titanium. It gives the best properties of each component, the combination having a better set of properties than either part. The Italian car company Pagani used this weave for the Zonda R and Huayra supercars.

6. LONG FIBRE POLYMIDES: Developments by EMS Grivory are allowing the use of long fibre polyamides in many metal replacement applications, and in some cases even replacement of carbon fibre composites. These long fibre materials have a typical granulate length of 10mm and are reinforced with glass or carbon fibres. The objective is to create a unique 'web-like' fibre structure within an injection-moulded component. This significantly improves the thermal-mechanical properties compared to products reinforced with short fibres. LFPs have high stiffness and exceptional notched impact strength, with little or no change to the properties under the influence of temperature or moisture. They also have a very low creep tendency, have excellent strength and low warpage. The material has recently been used to replace carbon fibre in a knee brace designed for extreme sport protection, proving 30% lighter than the carbon composite product.

7. COPPER FOAMS: Foam metals, often referred to as corals, are being increasingly explored for heat transfer applications. The increasing digitalisation of technology is driving the trend of highly integrated electronics with higher processing speeds, placing an increasing need on heat management. VersarienCu, is already being used as a heat sink within the cooling systems of servers, workstations and power conditioning units and offers up to 10 times more effective cooling than an existing micro channel heat sink of the same size, and is cost effective to produce.

8. TITANIUM FOAMS: The production of titanium foam is being explored by the Fraunhofer Institute for applications where strength and low weight are required. The materials is being assessed for its suitability in replacing injured bones as it promotes growth of surrounding bones by allowing blood vessels and bone cells to actually grow unimpeded in to the porous channels of the material itself. Titanium foams are also flexible, strong, and lightweight.

9. ULTRATHIN PLATINUM: Platinum is a key enabling technology for the wider deployment of hydrogen fuel cells, by acting as the catalyst in a chemical reaction that produces electricity. Yet the cost of platinum remains a significant barrier to entry. A method of quickly depositing ultrathin (nanometre) layers of platinum could allow less material to be used and reduce costs significantly. Current methods for applying atom-thin layers of platinum such as atomic layer deposition are slow and complicated. However, a method being pioneered by the US National Institute of Standards and Technology shows signs that it might be able to offer simple and fast ultrathin layers of platinum atoms on a surface. Essentially, platinum dissolved in a solution is deposited in single-atom-thick layers by alternately applying positive and negative voltages. Repetition can quickly and easily build layers of any desired atomic thickness in the order of 0.1nm.

10. ALUMINIUM BUBBLE WRAP: Metallic bubble wrap might not be quite as easy to pop, but it could be a lot more useful. Engineers from North Carolina State University use thin sheets of aluminium and form small indents using a studded roller. Unlike its polyethylene counterpart, these voids are then filled with a foamed material like calcium carbonate, before being sealed with another flat sheet of metal. The result is a series of bubbles that is able to absorb massive amounts of energy, weighs 30% less than regular sheet metal yet are nearly 50 times stronger. The material offers simple low cost production and could soon be used in everything from automotive body panels to shipping containers to helmets.

11. FUNGAL FOAM: Initially conceived as a cost-effective, environmentally friendly and high-performance alternative to Styrofoam, US based Ecovative Design has produced 'Mushroom Packaging' from agricultural crop waste, plant stalks and rice as well as wheat husks bonded together using part of a mushroom root known as the mycelium. The company is currently developing mushroom materials to produce biodegradable foams as an alternative to petroleum based plastic foams. Although packaging is likely to be the main area of interest, the company is keen to get its Fungal foam in to the automotive industry.

12. ZEOFORM: Australian firm Zeo claim to have developed an ultra strong, eco-friendly building material using only water and cellulose. Dubbed Zeoform, the material has a similar look, feel and function to dense hardwood. Zeo claim the material is as strong as ebony, which has a Young's Modulus approximately between 9.8 and 12.4GPa, and can be sprayed, moulded or formed into various shapes, sizes and colours. The company also produce specialised substrates for applications requiring woods, plastics or resins. Its manufacture requires no glues, binders, chemicals or additive of any kind.

13. ECO-FRIENDLY CEMENT: Researchers in Denmark claim to have made the world's most ubiquitous building material stronger and more eco-friendly. The team from the Niels Bohr Institute in Copenhagen are adding waste ash from sugar production to help bind water into the cement. The result is a stronger mix that is less likely to crumble, and more able to withstand high temperatures. At the same time, the inclusion of ash has been shown to reduce energy consumption during the production of cement by 20%. Cement production is a notoriously energy intensive process accounting for an estimated 5% of total CO2 emissions, globally.

14. NANOSHIELD: This nano structured protective coating was developed for tunnel boring machines to extend tool life. It is a relatively inexpensive process that uses a laser to fuse a specially formulated iron-based amorphous alloy powder onto metal components. The resulting coating is as hard as tungsten carbide-cobalt composites but costs around half as much. Developers of tungsten Cashe US based Lawrence Livermore National Laboratory claim the coating can extend the life of steel tools in high wear applications by more than 20%. 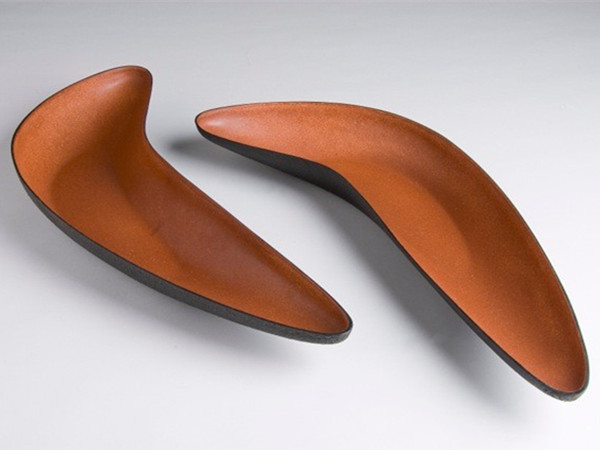